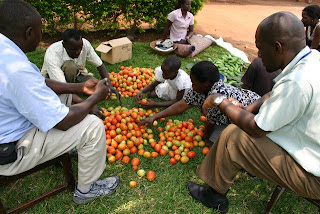 Efforts to improve the productivity of vegetables to feed and enhance the nutrition of people in Africa and Asia have received a major boost with the release of a €1.2 million (about US$1.6 million) research grant from the German government. The grant will be used for an international initiative that will develop environment-friendly and sustainable solutions to pests and diseases of economically important vegetable crops, increase their production, and improve the livelihoods of smallholder growers.

The financial package was provided through the German Society for International Cooperation (GIZ) and the Federal Ministry for Economic Cooperation and Development (BMZ).

The project will cover selected vegetable-growing coastal and urban communities in Tanzania, Kenya, Madagascar, and Thailand.

The research will develop and promote ecologically sensitive but economically viable systems to manage key pests and diseases of tomato and pepper – two of the most important vegetable crops in these countries – thereby increasing production. The project will also introduce interventions that will significantly lessen reliance on chemical pesticides in vegetable farms, consequently reducing hazards to farmers’ health and the environment.

The initiative will be led by the International Institute of Tropical Agriculture (IITA) and implemented in partnership with the World Vegetable Centre (AVRDC).

Researchers from the University of Bonn in Germany, Kenyatta University in Kenya, and Kasetsart University in Thailand, as well as the national agricultural research services, NGOs, private sector, and vegetable farmers’ groups in the four countries, will also take part.

Dr Danny Coyne, IITA Soil Health Specialist based in Tanzania, will coordinate the project. He says that the urban and peri-urban production of perishable fresh vegetables is being increasingly intensified to meet rising demand, especially from urban areas. This leads to increased incidences of pests and diseases. Growers, in turn, apply more pesticides to counter the threats and maintain production.

“We will look for ways to help urban and peri-urban vegetable farmers raise their production and profits without increasing the use of chemical pesticides,” he said.
Posted by Cath Njuguna at 8:48 AM 1 comment: Links to this post 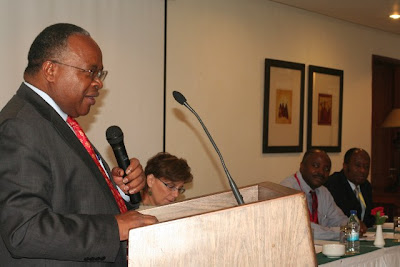 The Tanzania Minister for Agriculture, Food Security and Cooperatives, Hon. Prof Jumanne Maghembe, has challenged a group of international and local agricultural experts, policymakers, and donors converging in Dar es Salaam, Tanzania, this week to come up with practical steps and coordinated actions to improve agricultural productivity in the country to reduce rural hunger, enhance food security, create food surplus and alleviate poverty.

Hon Prof Maghembe informed the workshop participants that the main challenges facing agriculture in Tanzania are low productivity, low production, high post-harvest losses, poor physical infrastructure and unstructured and poor markets. This, he added, was further compounded by a persistent low overall investment in the sector and low availability of credit to the farmers.

“These are the issues we have to deal with in a strategic and sustainable manner to overcome the vicious cycle of poverty for the majority of people in Africa in general and Eastern and Southern Africa in particular,” he said.

The minister was speaking while officially opening a four day meeting from 6 – 9 February in Dar es Salaam, Tanzania, to identify priority areas for a five-year research initiative to be implemented in the country whose goal is to develop and promote improved integrated farming systems that will sustainably increase production and profitability while preserving the natural resource base. 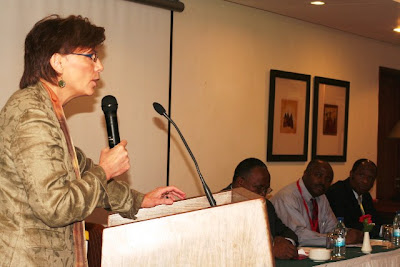 Dr Julie Howard, Chief Scientist, Bureau for Food Security, US Agency for International Development (USAID, said the research program was part of efforts by US government’s Feed the Future (FtF) initiative to bridge research and development.

Dr Howard said FtF was prompted by the global food crisis of 2007-2008 and its goal was to address the root causes of hunger and poverty globally, .

“The food crisis was a wake-up call to all of us: to feed the future, we need to do our agriculture differently,” she said.

She added the research program would bring together researchers and development partners to drive the uptake and adoption of new technologies by farmers.

The research project will focus on management practices that better integrate cereal, legumes, vegetables, livestock, and trees in mixed-farming systems, and allow for more efficient use of resources, enhanced food production, and higher farm incomes.

The research is one of three regional programs in Africa funded by USAID under the US government's Feed the Future initiative targeting the Sudano-Sahelian Zone of West Africa, Eastern and Southern Africa and the Ethiopian Highlands. The International Livestock Research Institute (ILRI)is leading the program on Ethiopian highlands while IITA heads the other two. 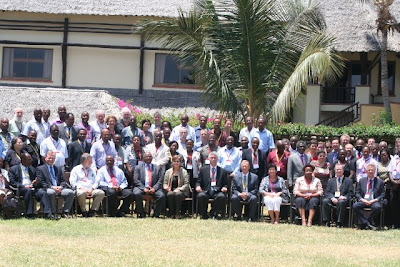 Information on the project and workshop is online at http://agintensificationafrica.wordpress.com
Posted by Cath Njuguna at 2:22 AM No comments: Links to this post